Anyone who made a crew call last Wednesday to firm up arrangements for Saturday’s fourth day of the Fall League from Beshoff Motors to Howth could very well have been greeted with a brief but thoughtful silence from the shipmates. , because the wind forecast tables determinedly proposed gale force plus conditions. But the weather gods have a nasty sense of humor, as the day it turned out the balmy, sunny September 2021 suddenly renewed her lease for the first Saturday in October. And while there was a bit of air as Jeremy Beshoff – a supplier of stylish specialty cars to peninsular people and those in neighboring Ireland – handed out the many prizes of the day, the sleek photos of Annraoi Blaney convincingly reveal that the race conditions have become almost perfect. , with a westerly wind strong enough to bring everything to life, but not strong enough to prevent most of the Howth 17s from carrying their topsails.

Connemara, if you like… the Howth Seventeens take to the Ireland’s Eye. Photo: Annraoi Blaney

Where else in the world would a diverse fleet of mostly modern craft assess the real pressure of the day’s breeze on the ability or not of one of the oldest classes of one-design keelboats on the planet to set up an archaic sail? with which many of those who run have no personal knowledge? However, it is like that in Howth, and it has been for 123 years since the founding of the Seventeens. So much so, in fact, that everything went without saying because the crews sharpened themselves for a race which allowed the start of the first series gap, and gave the organizers the satisfaction of already having a basic championship result with two weekends still to sail. . 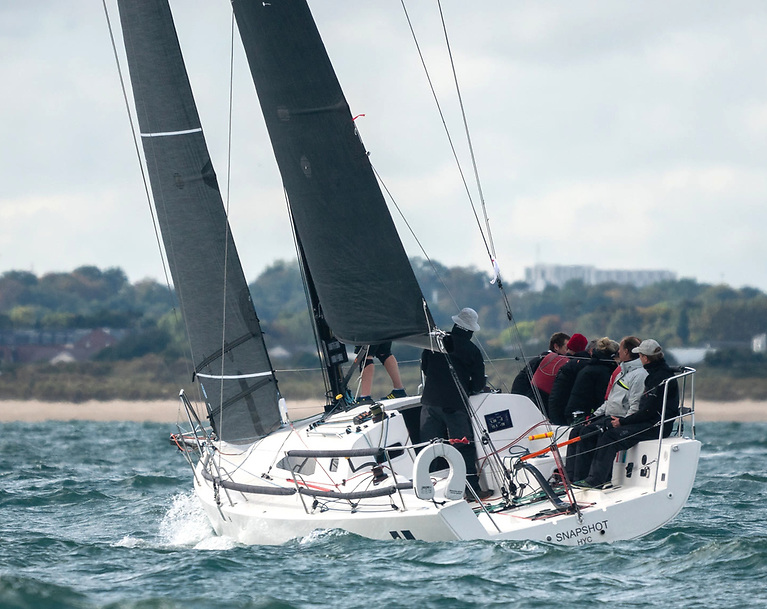 The IRC 1 hotshots were rather eager to win this crucial fifth race, with the two Classic Half Tonner Checkmates – Nigel Biggs’ XVIII and Dave Cullen’s XV – being tested for OCS. But although Mike and Richie Evans J / 99 Snapshot took the lead ahead of Colwell / Murphy J / 109 Outrajeous and Wright / DeNeve Classic HT Mata, Biggs continues to lead the overall standings. 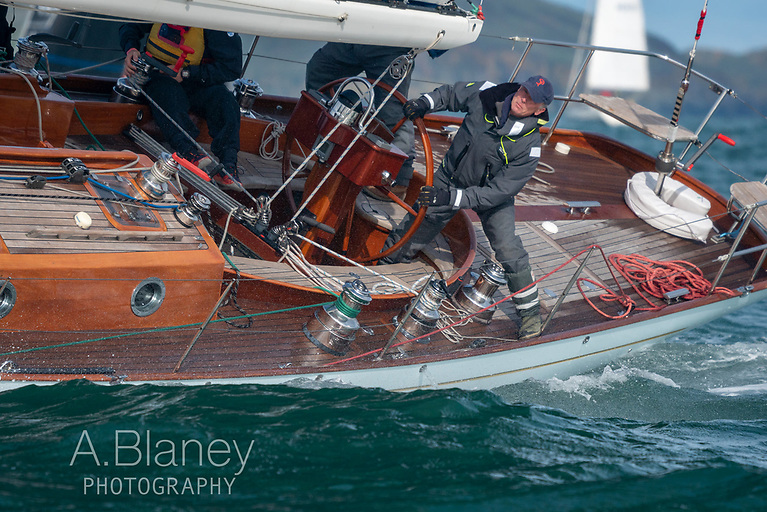 When you have the longest boat in the fleet, steering Stephen O’Flaherty’s Spirit 54 Soufrière requires concentration and a bit of athleticism ……… Photo: Annraoi Blaney 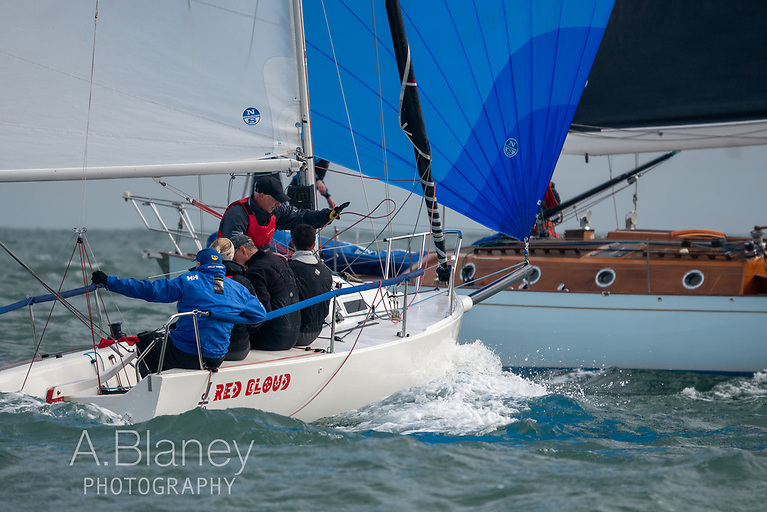 ……… especially when a boat with a name like this approaches up close and personal. Photo credit: Annraois Blaney

X Boats’ preponderance in IRC 2 saw Dux’s team Gore-Grimes secure another victory, but overall they are now tied with Team Wormald / Walsh / O’Neill on No Excuse, while that Paddy Kyne’s Maximus was third on Saturday. , and is now third overall in points. 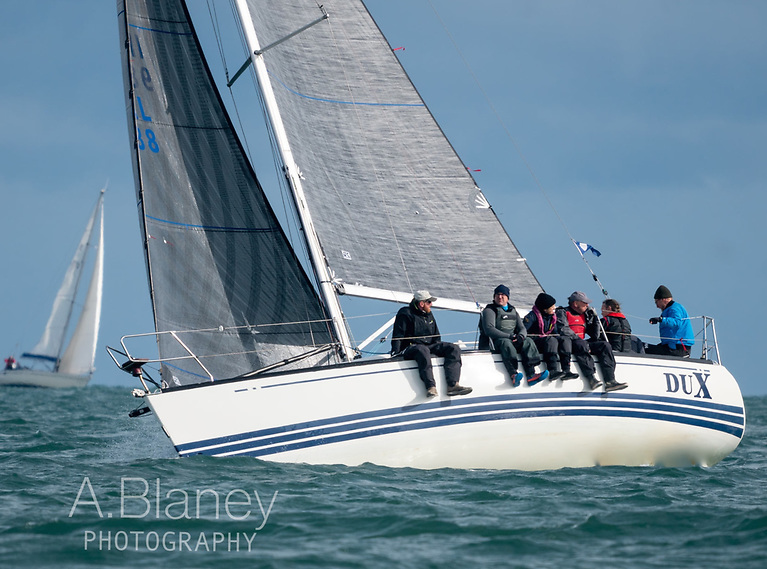 Veteran of Success – The Gore-Grimes family have won dozens of trophies over many years with Dux. Photo: Annrais Blaney

In IRC3 S&D, Mullaney’s Insider – already Irish national champion Sigma 33 in 2021 – seems well placed to add another trophy to the cabinet, as on Saturday they saw them knock out a sixth to leave the field open to the top four. , placing them well ahead of the general classification. J / 24 Scandal piloted by the Nippers, and Vincent Gaffney’s Laser 28 Alliance II.

The Non Spinnaker fleets in IRC Classes 4 and 5 also saw a consolidation of established places with Stephen Harris in the First 40.7 Tiger now capable of four wins in 4, as did Steffi & Windsor in Club Shamrock Demelza in 5. But in these two divisions much more cruiser-oriented, it’s the ECHO handicap system that brings the race to life, and while Tiger maintains his lead in ECHO 4, in the 15-person ECHO 5, it’s Blues Xtra. of M Carroll who holds the overall lead of Joe Carton’s Le Dehler 34 Voyager, with Terry McCoy’s vintage First 38 Out & About, now third overall, having placed first and third in the two most recent. 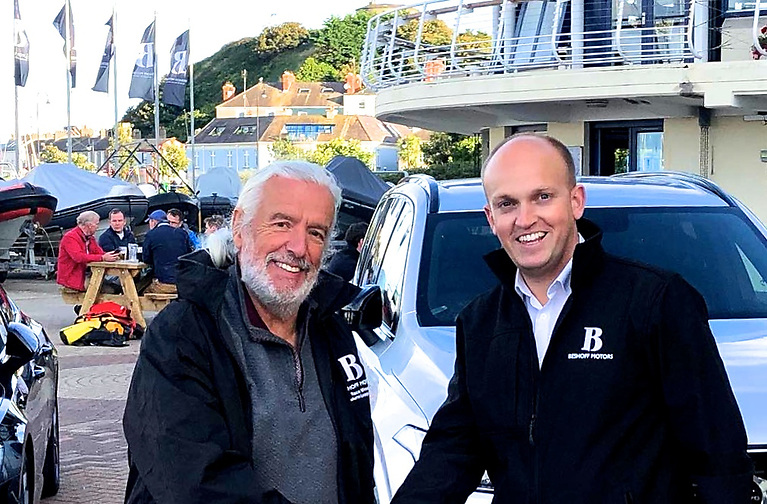 In Howth’s three one-design keelboat classes, the Puppeteer 22 seem to come out of the pandemic stronger with each passing week – they now have seventeen boats on the starting line, and the pace at the end is fierce. But although Algy Pearson and Alan Blay with Trick or Treat notched a victory on Saturday over Scorie Walls at Gold Dust, it’s Gold Dust that still has a pretty good lead over ToT, with Team May / Burke over Honeybadger third. .

Squibs are also seeing their numbers increase from week to week, but we’re told it will be next year before their final rebirth fully manifests. Either way, Emmet Dalton with Kerfuffle is eyeing a score of first three and a second after the gap, putting him well ahead of Crackertoo (S Kay). 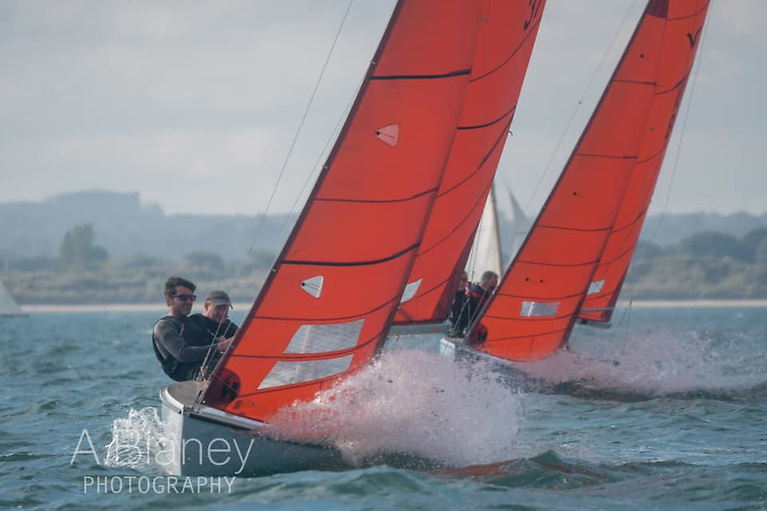 In contrast, the venerable Howth 17 – who now race fourteen boats every Saturday – have Oona (Peter Courtney), Deilginis (Massey / Toomey / Kenny) and Isobel (Brian & Conor Turvey) tied for first place with 9 points with the gap made, with Saturday’s winner Oona – after a great race for the class leader in the tie-break. These three are now in a world of their own, as the next in line – Ian Malcolm’s Aura – is back with 17 pts.

However, with the Seventeens – as with all classes – there are plenty of boats in the next class that have high hopes of overturning the overall points if every race offered in their series can be raced over the next two weeks. -end. In the unstable October weather, it would be almost miraculous. But as a normally pessimistic skipper observed with satisfaction as he took in the panorama of sunny sailing races on a bright blue sea on Saturday: “It just wasn’t supposed to happen at all”. 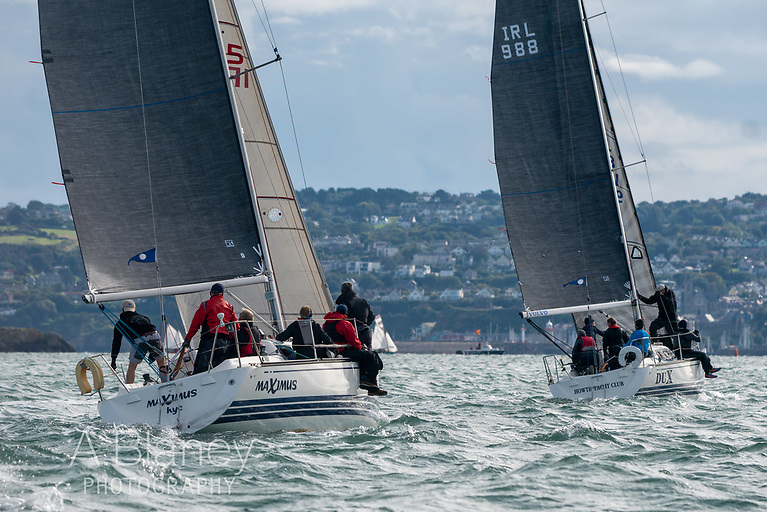 “We weren’t supposed to get that…” Back to Howth Harbor after a great day of sport in the sun. Photo: Annraoi Blaney